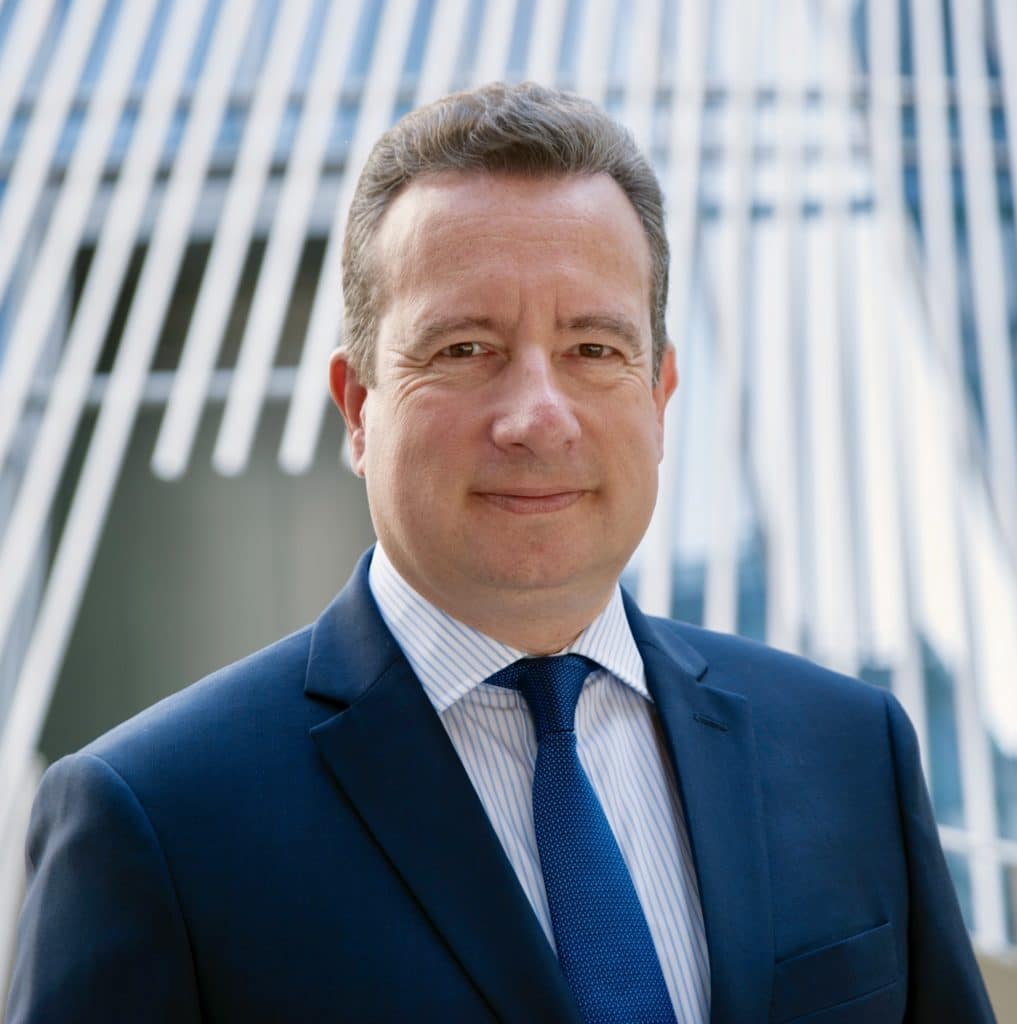 He is THE specialist of international relations in higher education in France. The only one to know business schools (Grenoble Ecole de Management) as well as engineering schools (CentraleSupélec) and universities (PSL) and now Sorbonne University. Christopher Cripps looks back on his 30-year experience in the field and remains optimistic about the future of international relations, which have suffered during the pandemic.

Olivier Rollot: How are universities getting on today in the management of their international relations with travel being so difficult?

Christopher Cripps: We are managing because we all quickly realized that the situation was going to last a long time; everyone has to change their paradigm. We have stopped saying: “it’s not worth launching this or that project because we can’t travel”. No, today we organize virtual workshops with our partners when before the pandemic we had to send a dozen faculty members to Mexico. Of course, it is much less effective in terms of networking, but it allows more colleagues to invest time in our projects and collaborations. Before Covid-19, only the 12 who could make the trip were concerned; today others can participate as well. Now the question is whether internationalization in universities will remain a priority for those colleagues most affected financially by the health crisis.

O.R.: Because we cannot work internationally in a viable manner without travelling?

C.C.: After thirty years of meetings, conferences, and other sorts of missions abroad, I can also see the advantages of not travelling to avoid Covid-19. Or even to not waste time going across town in Paris itself. But that does not mean our missions abroad are not sorely missed. One must understand that directors of international relations like myself work primarily face to face to build relationships with colleagues who embody their institutions. And thus, we might do our best on Zoom and other platforms, adjusting the lighting and creating professional visuals for webinars, but the face to face relationship building is just not the same.

O.R. You say that, thirty years ago, as a young American on an academic exchange at Sciences Po Grenoble, you little by little embraced a career of director of international relations. What has changed the most in these thirty years?

C.C.: In the 1990s in France, we witnessed a veritable explosion in the internationalization of French business schools. At that time, they realized they could not expand and compete internationally if their course catalogue contained only programs in French. I was working at the time at Grenoble Ecole de Management alongside Jean-Paul Léonardi, Thierry Grange, and Judith Bouvard. The school had just opened, and we had complete freedom to forge ahead. We first started hosting American and British Executive MBA students for study trips. And, very quickly, we realized that more traditional students were interested in earning an international degree, and we created the Master in International Business (MIB) in English. Fifty percent of the students in the first cohort came from abroad. From there we went on to develop MBAs, MSc degrees, and Executive Education programs aimed at international audiences. Grenoble Graduate School of Business was born.

O.R.: And then, everyone wanted to do the same as you!

C.C.: In 1994-95, we did generate quite a bit of emulation. Imagine the immense joy we felt when the MIB climbed into the Top 10 of master’s programs in the Financial Times. This is when we understood the weight of the rankings for a B-School brand that was relatively unknown in a city that was not that well known either. Especially for China, which was just opening up and where we had established an office in Shanghai and had been travelling from city to city to promote our programs in English to potential Chinese students. By the end of the 90s, Grenoble Ecole de Management had transformed into a veritable international business school. We were hosting so many international students that I barely spoke French in the halls anymore!

O.R.: The crowning event was earning accreditation from AACSB (Association to Advance Collegiate Schools of Business) at a time when the first ‘A’ in its acronym still stood for ‘American’…

C.C.: I flew to Saint Louis to talk to AASCB officials about becoming an associate member and managed to convince them to hold their first ever conference outside the US and Canada in Grenoble. Two hundred colleagues from around the world came to Grenoble to discuss internationalization in business schools. We quickly understood the criteria for accreditation and earned it shortly thereafter. So here we were, a French business school accredited by AACSB, offering courses in English for three times less tuition than our American colleagues! It was the creation of an international business school where I spoke English to students who asked me explicitly to do so, whereas ten years earlier, 1989, French students didn’t really see the point. This is also the period when we renamed the school, from Groupe ESC Grenoble to Grenoble Ecole de Management, because wherever we went in the world, we were known as “Grenoble”.

C.C.: I was 38 and looking for a new challenge. Hervé Biausser, the director, wanted to internationalize the school, which had just revamped its entire curriculum. I was coming from a business school which had been quite successful but in which we used words like “marketing”. I kept speaking about “international development” and not “international relations” because when I travel to other countries, I visit companies and journalists, and not just other universities. This was a complete culture switch in a universe that was ten years behind Grenoble EM – where commercial aspects were uncomfortable for some – and where communication was not a priority. At Grenoble EM we had learned that we had to communicate or die.

While the European program T.I.M.E., a double-degree exchange network, initiated by Centrale was thriving, we worked with the Group of Ecoles Centrale for a year and a half on a wider international strategy plan. It had to be ambitious, because Centrale needed partners at the level of Stanford. And we managed to find study abroad destinations for all of our students—380 and then 510 per cohort.

O.R.: So this is when Centrale launched its overseas campus in India, the way it had done in Beijing.

CC: It was a dream to establish a campus in India where there is a major deficit of quality higher education. I worked on the project in secret with a half-dozen colleagues for six years, market studies, partner vetting, and meetings with government officials in Delhi. After three years on the project, we met a private company, Mahindra, one of India’s top three industrial houses, and they showed a keen interest. The idea of partnering with a private company was initially a hard-sell at Centrale, but several French companies working in India defended the choice, and we sealed the deal. In 2014, we inaugurated Mahindra Ecole Centrale with 230 brilliant students selected through India’s competitive entrance exams.

That was the conclusion of six years of work, which were the pride of my career up to then. Six years of negotiations and daily intercultural conflicts to tackle with my Franco-Indian team as transnational education projects require a great deal of attention and personal involvement. I was travelling to India every two months on average, and I believe that being neither French nor Indian was a big advantage.

O.R.: After eight years at Centrale, you spend three years at PSL, and in 2019, you become Director of International Development of Sorbonne University. You are thus one of the rare professionals in French higher education to have known three types of institutions!

CC: To arrive at Sorbonne University is to arrive at a major research-intensive university, which has made internationalization one of its main strategic priorities—and which has so many advantages. For example, being a member of the LERU (League of European Research Universities), which positions Sorbonne University among Europe’s most renowned universities towards whom governments often turn for advice. It also means that I don’t have to explain the name of my university wherever I go in the world, which is something that had never happened to me!

O.R.: You cannot have the same objectives for mobility with more than 56,000 students across disciplines as you had in the grandes écoles with much smaller student populations.

CC: We are working on another concept that I like to call “creative mobility”. Studying abroad for long periods such as a semester or a year is not always convenient or desired. We also need to create short-term stays, two weeks or a month. I have witnessed students open their eyes and broaden their horizons by spending just a week on the other side of the world. We are working to provide all of our students with the opportunity to spend time abroad without necessarily making it an obligation.

O.R.: International mobility will get back on track. Are you quite certain?

CC: Absolutely. Students want an international experience, and mobility will start getting back on track in 2022. Between now and then, universities will have had time to work on our shortcomings, and students around the world will start choosing their study abroad destinations all the more carefully. In contrast with many other countries, and to its credit, France has remained open to international students. As for research partnerships, this period of crisis will help universities recognize the most solid and promising amongst them.

We have to be ambitious. I have always found French universities to be a bit reserved on the international stage, if we consider their level of excellence. They need to continue to learn how to sell themselves, and it is not in their nature. As we often say, the competition is not in France!

Send this to a friend